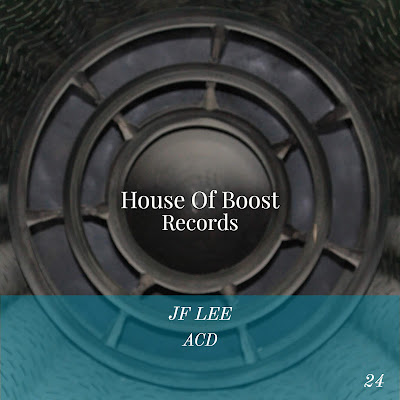 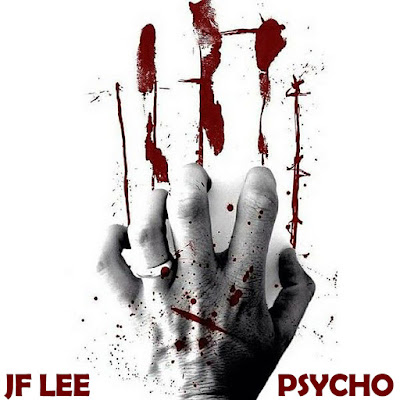 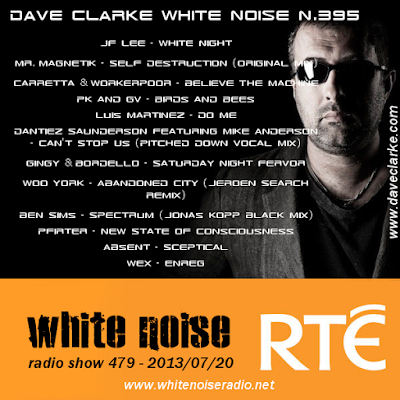 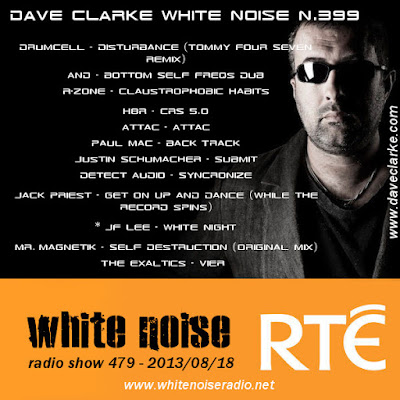 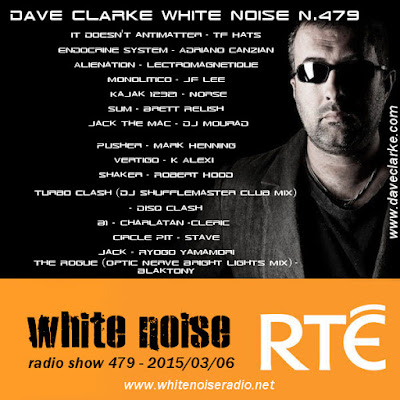 Gadget starlight per tutti i partecipanti! 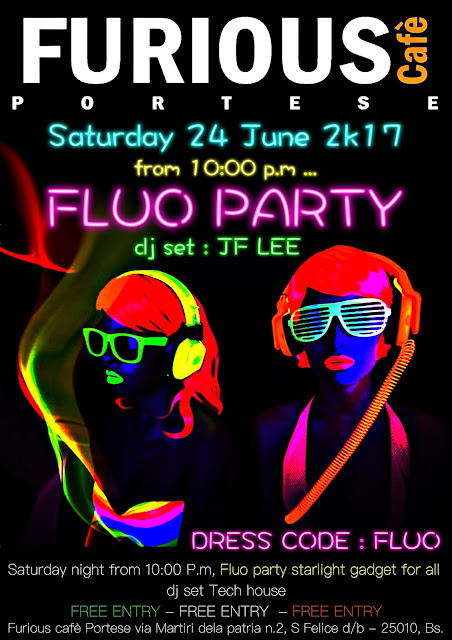 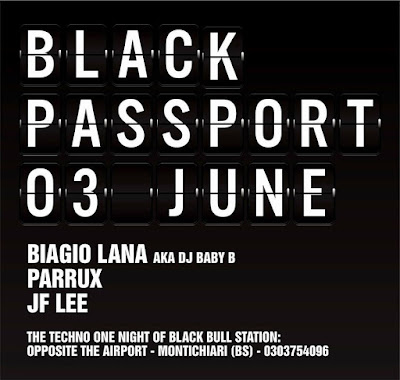 Jf Lee Dj producer, born 20 April 1982 in Milan Italy, lived for some time in the province of Brescia. Start early to appreciate artists such as Pink Floyd and Kraftwerk, Giorgio Moroder and Jean-Michel Jarre; He discovered his passion for the sound: that of analog synths and that of vinyl records. At thirteen, two turntables and a mixer, the first parties with friends, sets TECHNO. It is early in a current (many in those years will give the mixing ... Many will dance!) That led him to support from well-known national artists immediately. In his early twenties, he organizes evenings and seasons from Brescia to Garda Lake , with several collaborations, up and down for the Province of Brescia, the temple of techno dance music in the world.

- MUSIC Epic debut when the "Baron of Techno 'Dave Clarke chooses to" play "his first production, and twice:" White Night "(included in the second label compilation" I CIELI DI ORIONE ", output July 5, 2013) is in fact included in the "White Noise" episodes 395 and 399, radio show Clarke realizes that every week for Irish broadcaster RTE 2fm (http://www.rte.ie/2fm/white-noise /) "following the techno Barone has selected his other work record in his radio show broadcast exclusively on RTE and in many other FM broadcasters around the globe.
He is currently busy with the realization of her first album in collaboration with Andrea Bugna musician, bassist rasta, multifaceted absolute ear, while some single made in recent years will come out shortly in cooperation with record labels: Le Galassie Di Seyfert Records and I Cieli di Orione Label.
info, contact, booking, promos, preorder, collaborations:
e-mail: deejayjflee@gmail.com (JF LEE facebook page)

Many thanks to all labels for amazing promos received , best regards and support - podcast in exclusive for http://tracklistings.forum.st/ 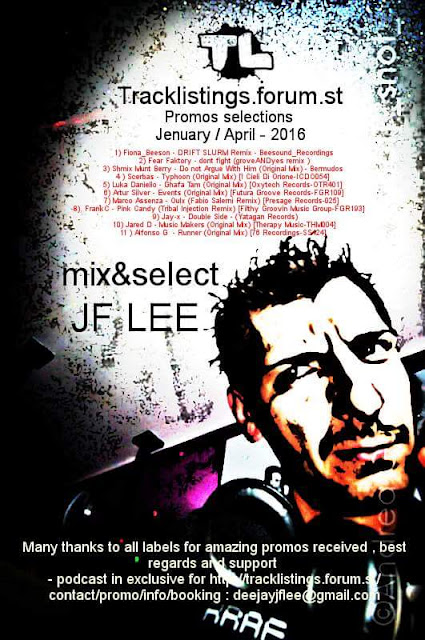 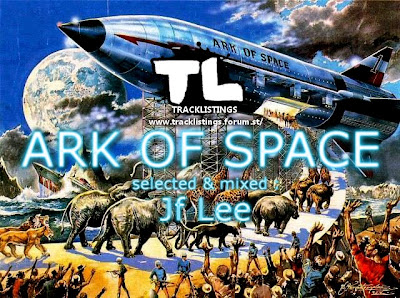 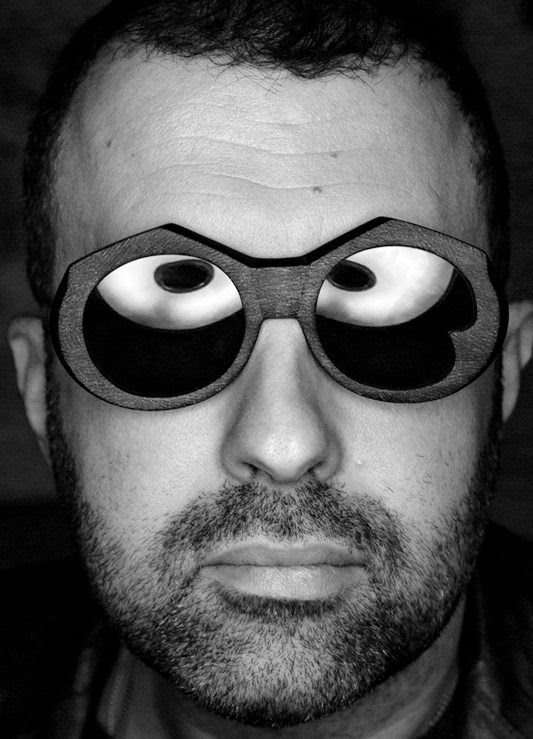 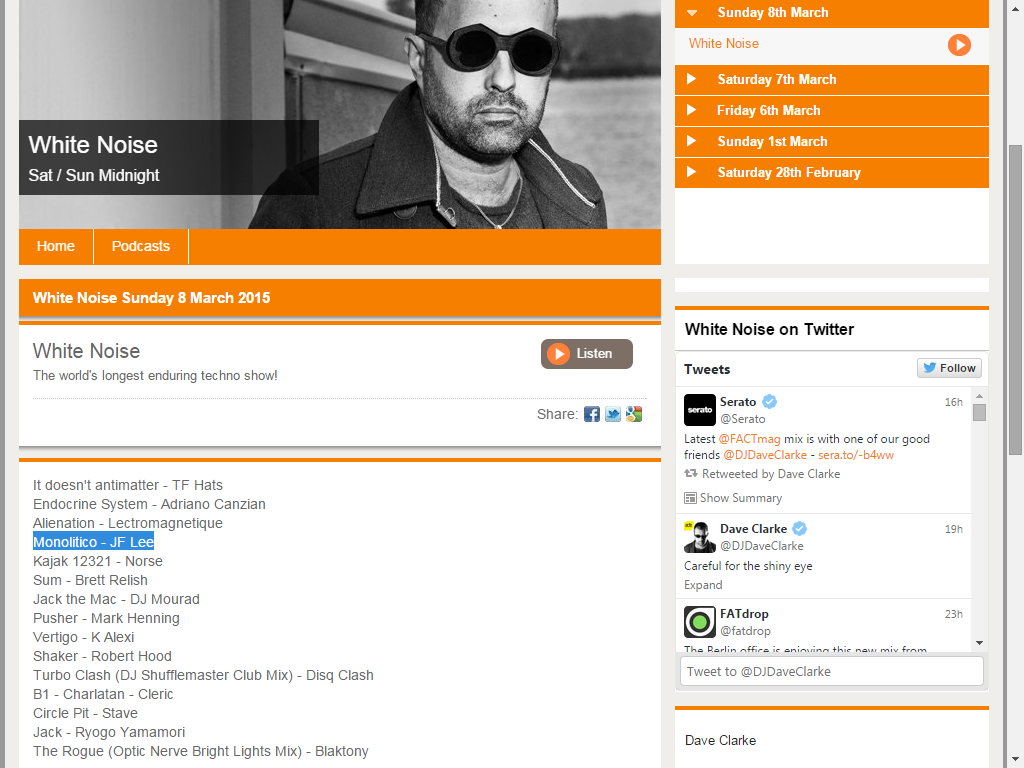 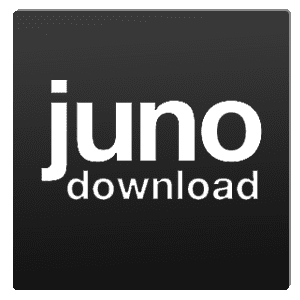 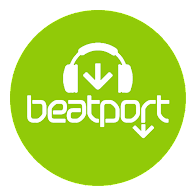 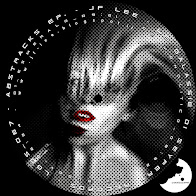 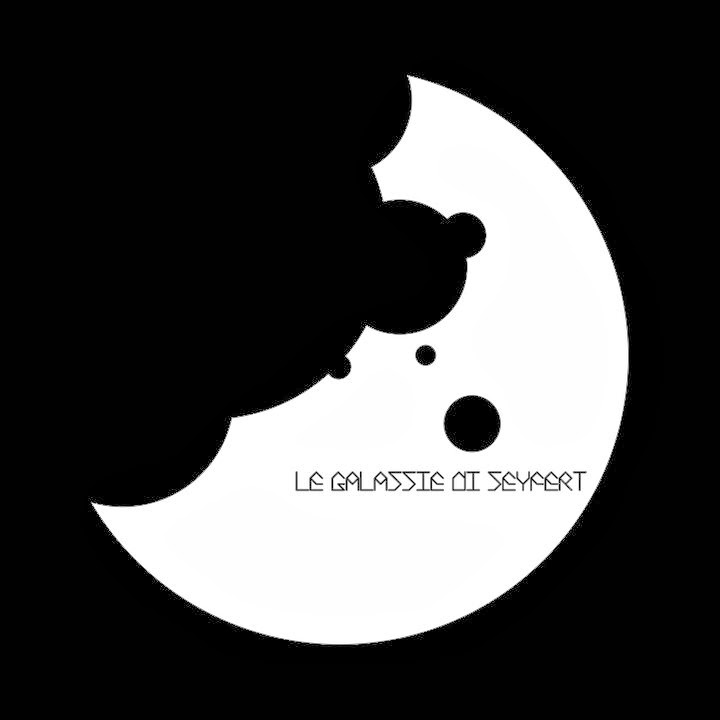 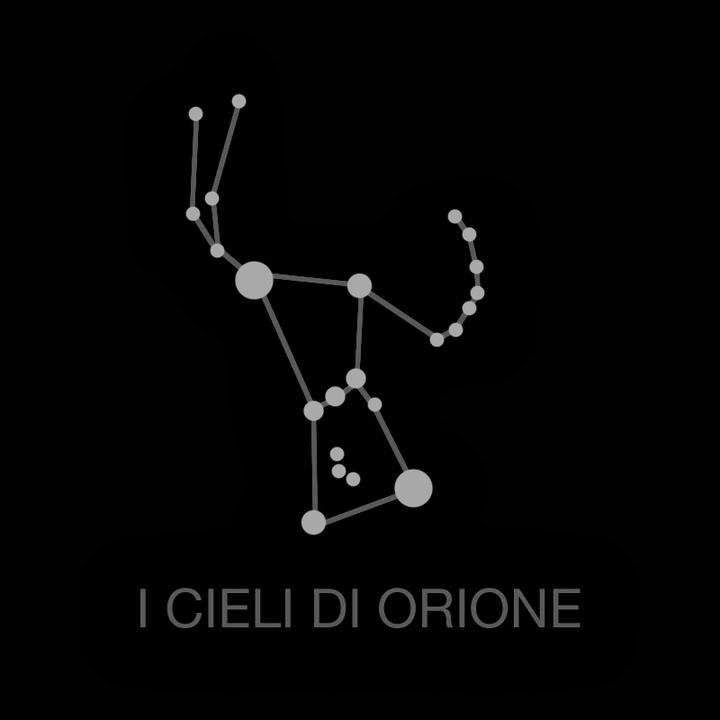